Every year in February Easter Island celebrates the legacy of its powerful Polynesian culture in the Tapati Festival.

Proud locals wearing traditional costumes and carrying mock weaponry re-enact the rituals of their ancestors, who settled here around 300 A.D. after traversing hundreds of miles of ocean. These brave men have become renowned as the best star navigators that ever lived! Historians today consider their ability and endeavours, (given their rudimentary technology), as far greater than the achievements of the likes of Columbus, Magellan and Abel Tasman. They set out in wooden outrigger canoes on their quest to discover and colonise new lands in the South Pacific to offer prosperity to future generations.

Easter Island or Rapa Nui as it was named then, fulfilled their dreams. Here the early Polynesians found a lush world of thick tropical forests, rich soil and a plentiful food supply in the form of fish, eggs and birds. In subsequent voyages, the new settlers brought with them their wives, children and farm animals. For generations, they lived peacefully and productively creating a rich and sophisticated society. At the centre of their spiritual world was ancestor worship reflected in the sculpting of monumental half-bust stone statues – the world-famous Moai.   Over the centuries however, this once peaceful society gradually changed and became dominated by clan rivalries involving often-deadly contests of personal prowess and manliness. Their epic battles gave rise to complex rituals and codes of behaviour that regulated everyday life.

Tapati Rapa Nui – literally translated “Rapa Nui Week”.celebrates all the glamour and electric energy of this fascinating island’s past culture, without the original gore and cruelty. The festival revolves around adrenaline-pumping sport competitions between teams of local athletes winning points on behalf of their mascots: two chosen local girls, each vying to be crowned the festival queen at the end of the two-week celebrations.

The festival offers an excellent opportunity for travellers to explore Easter Island at a time when its people are at their happiest, most inclusive, creative and eager to share their island’s heritage with outsiders. During the day you can watch local men compete in swimming and canoeing races, the Haka Pei (a breakneck slide down the island’s steepest slope on banana trunks) and the Rapa Nui Island Triathlon.

When you return to town, you can visit the auditorium where artists display their statue carvings reflecting the images and myths of their past. In the evening you’ll be lured by the magic of sensual Polynesian dances and singing by torchlight taking place in the village nearby.

Because of its isolation, the island still preserves its authenticity. Its history can be seen everywhere from its gigantic stone-carved ancestor-statues to the petroglyphs depicting the Bird-man cult and in the hard-to-reach Cave of the Cannibals (its entrance concealed by pounding surf) where artists of the time used volcanic ash and shark oil to record clan victories and sacrificial rituals in rock paintings. 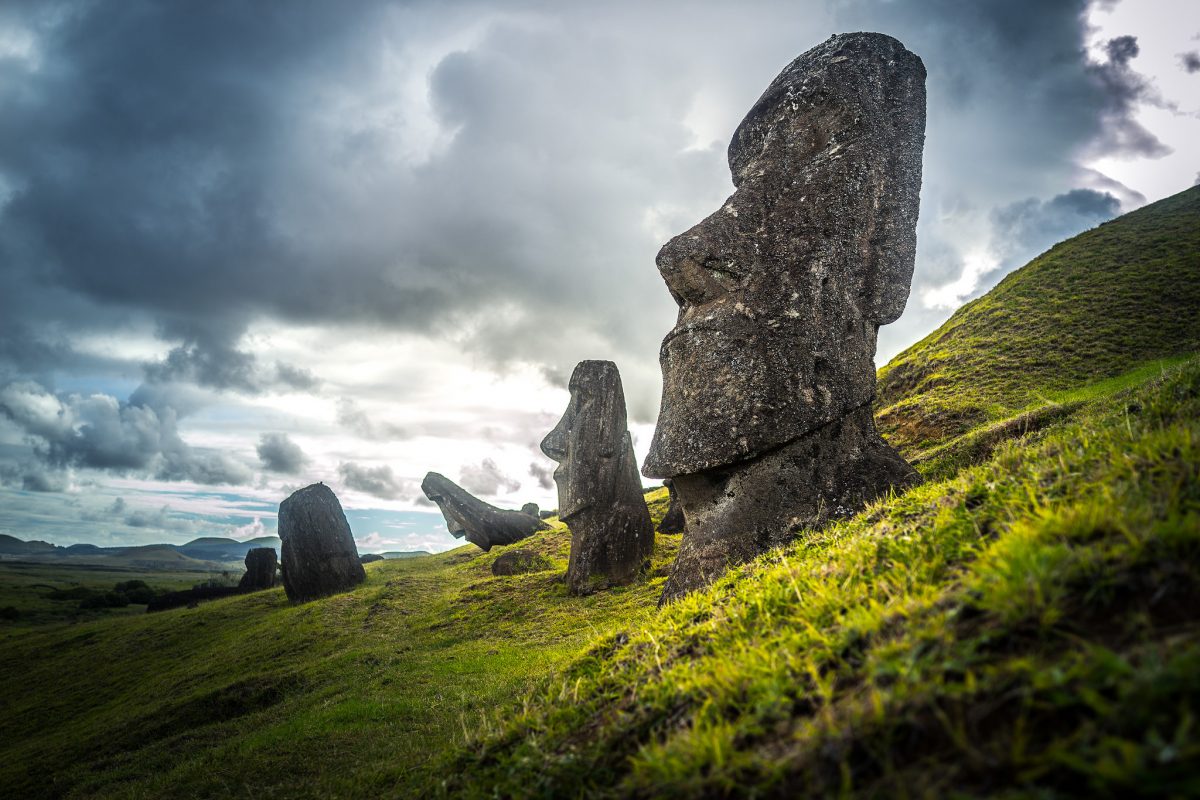 These paintings also bear witness to the desperation to which Easter Island’s people succumbed when their indiscriminate tree felling decimated the once rich forests, leading to the departure of the 25 species of native birds and causing irreversible soil erosion, stunting and impairing crops.

With the dwindling food sources, this former island paradise turned into a battlefield for survival.

For one hundred years before the arrival of the first Europeans (on Easter Day 5th April 1722), Rapa Nui descended into a period of considerable turmoil and ruthless violence. Pretty soon however, the wiser people amongst the tribes, realised they needed to find a new way to deal with their fast-deteriorating environment and social crisis. They needed to learn to share the now scarce resources sparingly and cooperatively if they wanted to survive. The cult of the Bird-man was born and is re-enacted today during Tapati.

Every year the fittest men from every tribe hurtled down the steepest hill and swam across the treacherous shark-infested waters to reach one of the three nearby islets to retrieve an egg from the Sooty Tern nests – the symbol of rebirth and hope. The courageous act was rewarded with the winner earning the right to rule wisely over the island and its people for the following year. His task was to steer Rapa Nui’s people’ ingenuity, strengths and skills not for war, but towards devising new ways to cultivate the land so that it would sustain them indefinitely.

“For me, the most disconcerting and unexpected aspect of Easter Island was the penetrating sensation…that this brilliant civilization could have collapsed into such desperation” – Richard Conniff

Why is Easter Island so special?

Beyond its physical dream-island beauty, part of the reward of exploring Easter Island is delving into its ancient and mystical secrets. This place offers a treasure trove of amazing experiences and surprising facts that make it truly unforgettable.

This remote island will also spur you to reflect upon our own contemporary world and how we are treating it. If we do not look after Mother Earth and each other, we risk putting our own survival in peril, like the people of Rapa Nui.

That is why we travel.

P.S.: Careful planning is required for a meaningful journey to Easter Island. Good accommodation and knowledgeable experts are hard to secure especially during the Tapati Festival. If you are considering a journey to Rapa Nui, start planning today and get in touch, I would be delighted to design a fully personalised and unique itinerary just for you incorporating perhaps an extension to Chile or Argentina as time allows. 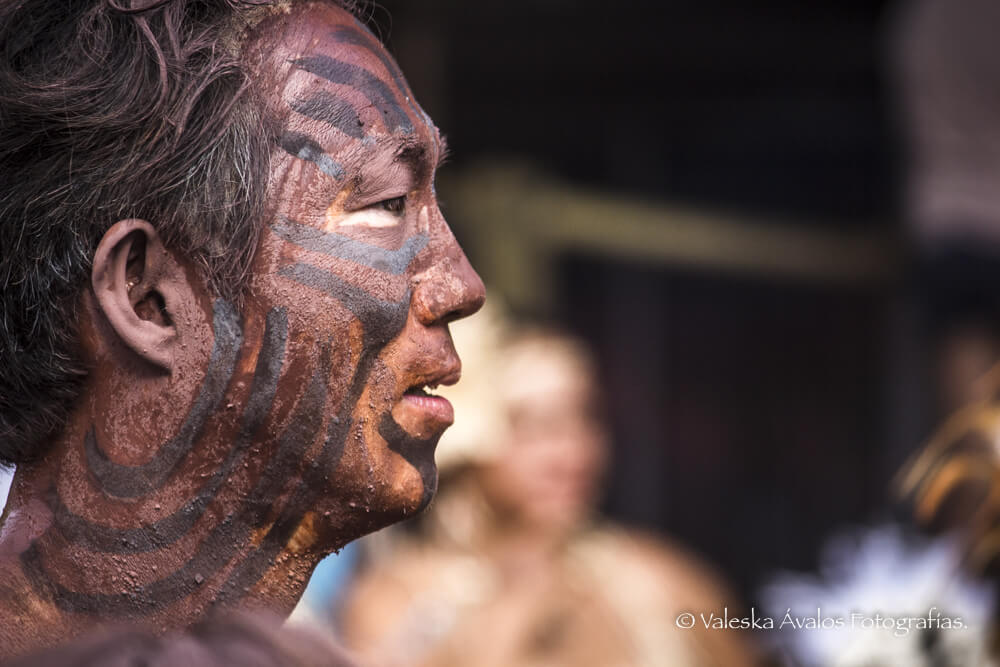 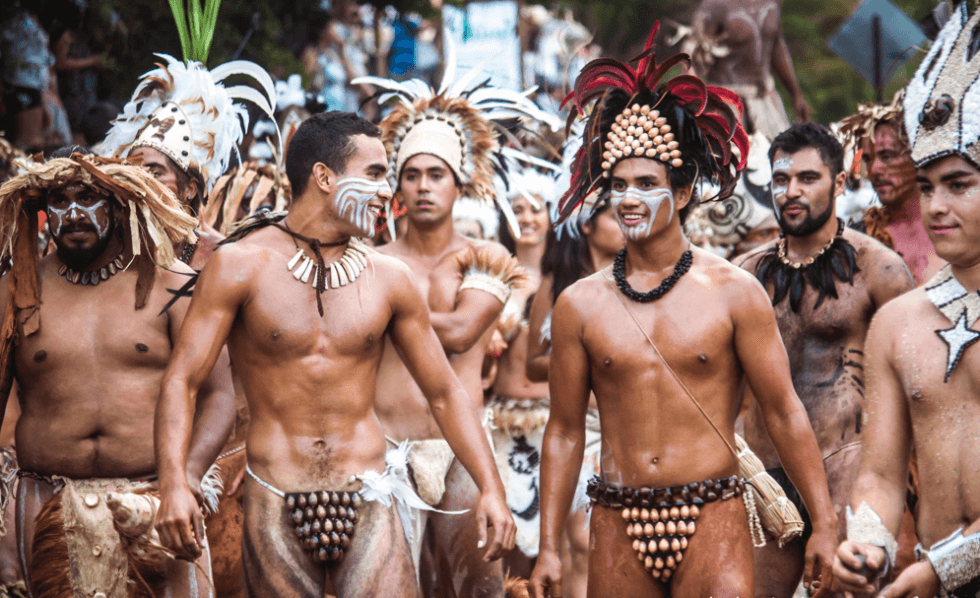 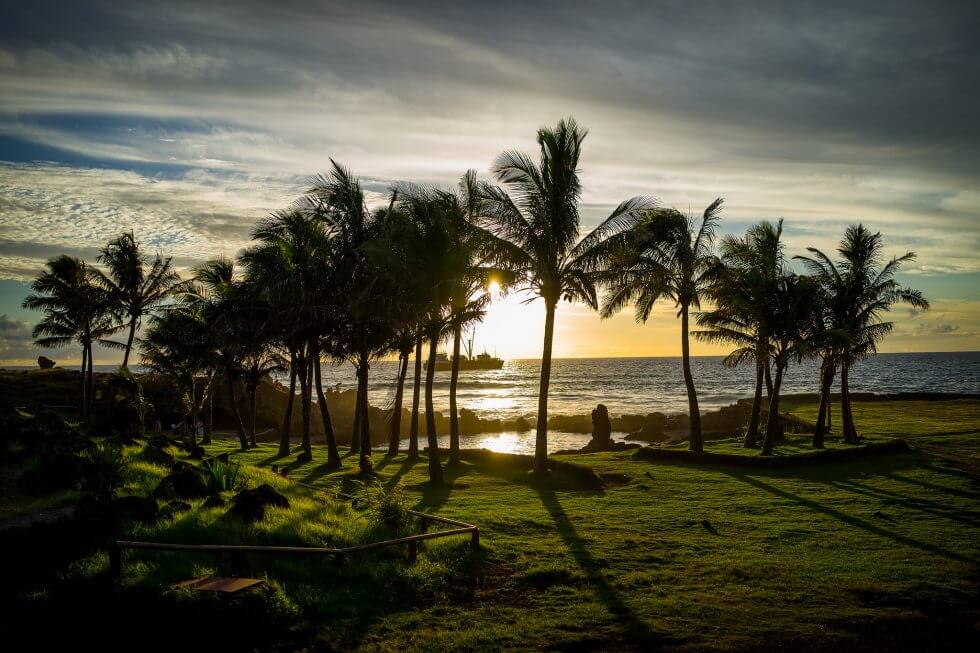 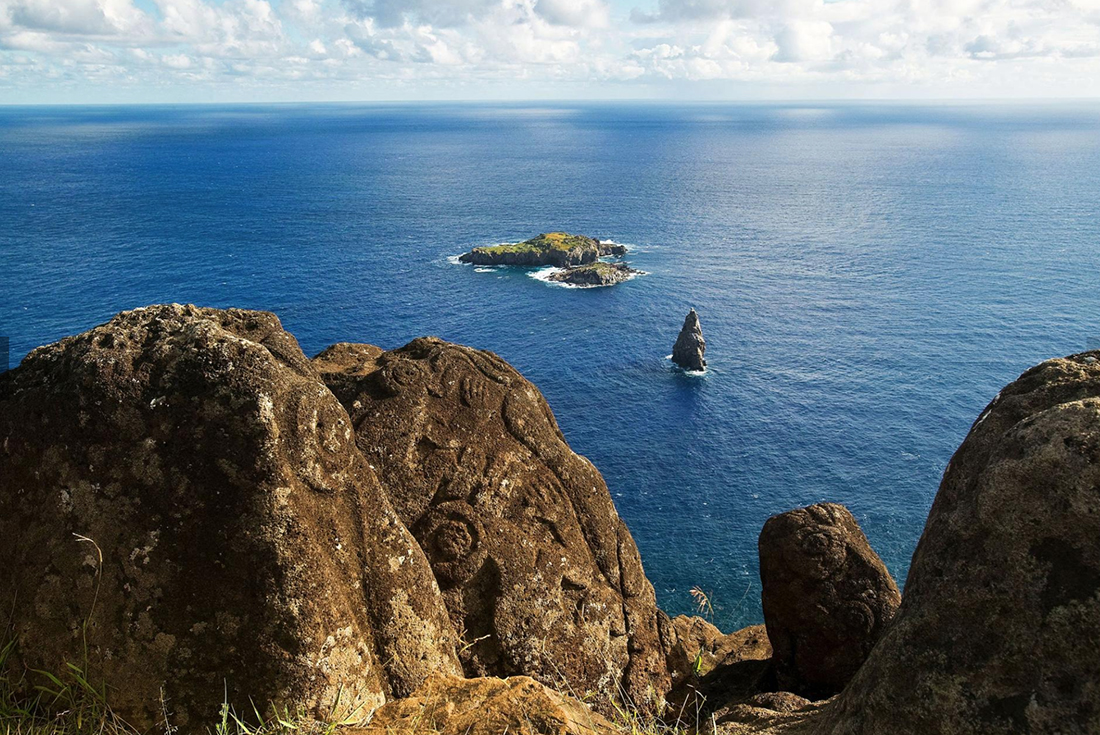