THE PUSHKAR FAIR – AN AUTHENTIC WINDOW INTO RAJASTHANI CULTURE

For two weeks in late October/early November as the moon reaches its fullness during the Kartik Purmina, the small desert town of Pushkar in India’s central-eastern Rajasthan, becomes the epicentre of religious festivities and the largest livestock fair on the subcontinent.

Cameleers and traders, Hindu faithful and visiting travellers flock here in their tens of thousands to experience the atmosphere of the Pushkar Mela. This ancient folk festival with strong religious overtones provides a wonderful opportunity to experience northern Indian village culture, sporting prowess and local Rajasthani pageantry. Some think that because of the publicity that the Pushkar Mela has received in recent years from the travel press, it has become “too touristy”. Superficially it may seem so, but the festival holds enormous importance in Indian culture and is an authentic expression of ancient traditions and religious beliefs that still hold true today. 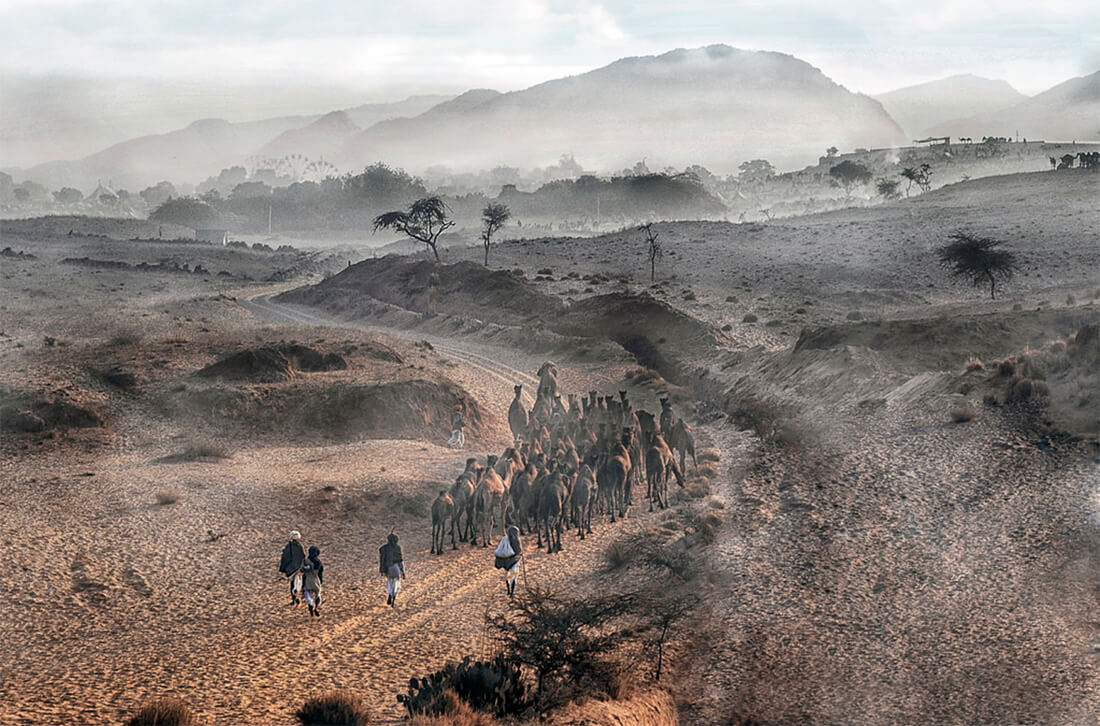 Camel Herders walking along the path to the auction ground

First and foremost Pushkar is the location of the most sacred lake in India and the seat of one of the few Brahma temples in the country. Hindus are supposed to visit it at least once in their lifetime to pay their respects and be cleansed of their sins.

According to legend, Brahma, the Hindu Lord of Creation, let a lotus blossom fall from heaven as he was performing a sacrifice. It struck the earth in three places and water sprang forth creating the lake around which the settlement was established. To this day Hindu families from all over India come in their most colourful and beautiful clothes, adorned with gold and silver ornaments to attend the pujas (prayers) at the Brahma temple in town before visiting the lake for the ceremonial ablutions. The sacred waters can be accessed from 59 ghats (steps) that run along the edge of the lake. Sitting in a café terrace directly over the lake we have the perfect vantage point to observe life unfolding.

We observe women laying flowers on the sacred waters and children held by their parents are submerged briefly.  Totally water-soaked heads and transformed faces in deep prayer, emerge from the lake’s surface. Their jet-black hair speckled with jewellery dangling from their necks and ears sparkle in the sun. The deep devotion of these pilgrims is etched on their faces.

As the harsh mid-afternoon light morphs into the warm sunset hews, the hundreds of temples surrounding the lake start glowing, with candle and oil lamps heralding the fascinating evening Arti rituals. Elsewhere at the livestock fair, wiry turbaned men, some descendants from the famed Rajput warriors, show off their skills as accomplished camel riders and stockbreeders. In the nearby arenas there are camel races, wrestling games and prizes awarded to the best of the highly groomed livestock that are paraded in the judging ring.

Throughout town, houses are freshly painted for the festival and some walls are adorned with scenes of Hindu gods and other colourful divine creatures indicating the presence of newlyweds.

In the camps on the outskirts of town, camel traders engage in long and tense negotiations buying and selling their precious animals. Many of these tough and handsome men travel here with their families. The women tend to the children, fill the water pots, and prepare the simple meals consisting of lentils and chapatti over the campfire. The evening meal is a time away from trading, a time to relax and bond.

“A Nomad I will remain for life, in love with distant and uncharted places”

As we walk around, we have the feeling these scenes have changed little since Mogul times. Sure as we meander through the encampments we meet other photographers, westerners and street vendors hoping to make the most of the moment, but upon reflection at the time of the Moguls the Pushkar Mela attracted the visitors and traders of the time, who came here from as far as China and Persia to buy, sell and to participate in the festivities. The Pushkar Mela was then as it is now an authentic window into the Rajasthani culture!

On the last day heavy trucks and carts slowly roll away as fairgoers return to their homes, some to their nomadic life deep into the Thar desert. As the town begins to return to normal (or at least Indian normal), we vow to return for the chance to be part of this unique experience in Indian culture. 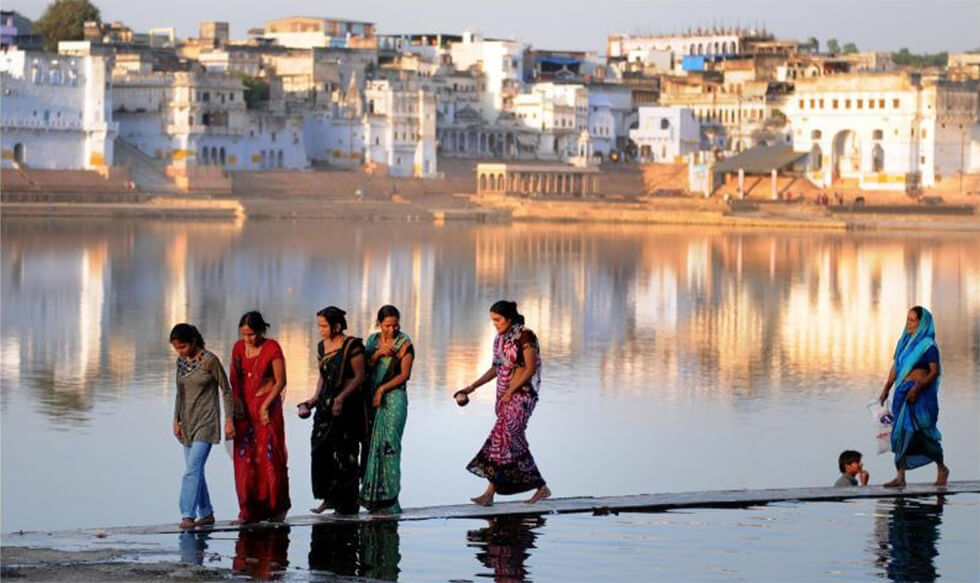 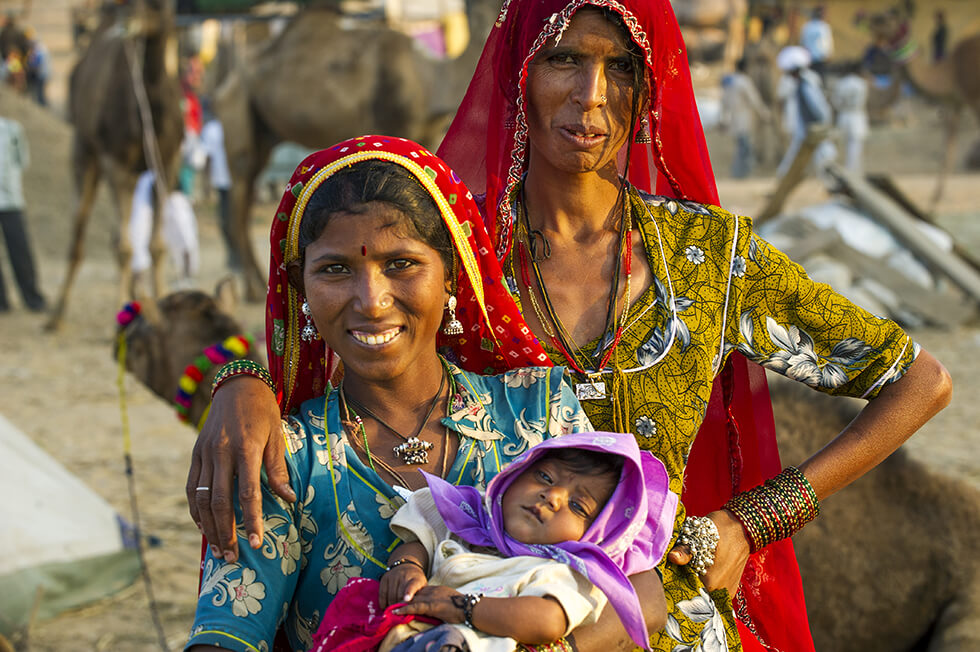 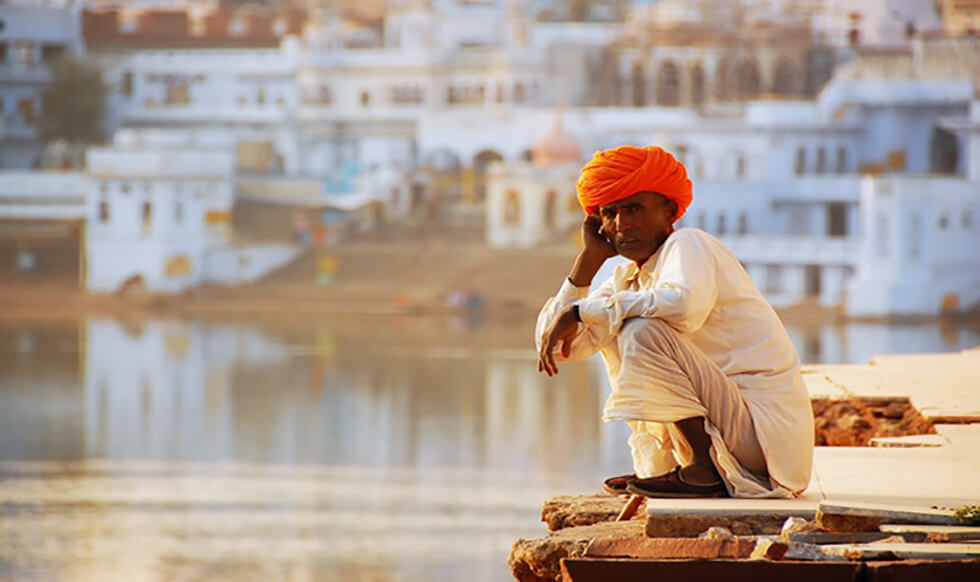 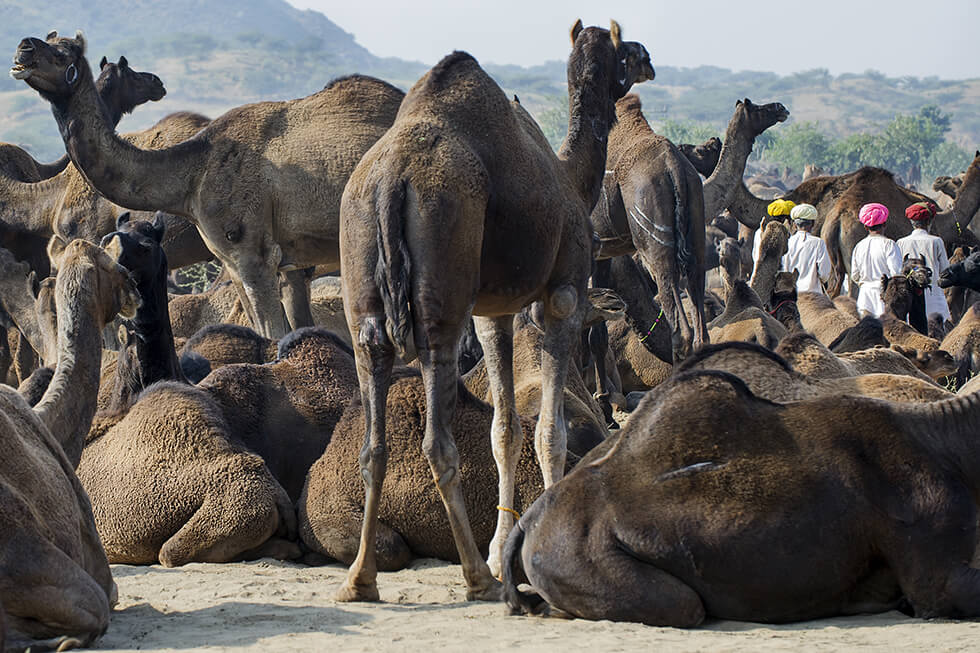 Why should you visit India?

India is a colourful world of wild jungles and rainforests, exotic animals and vast deserts, sacred rivers and ancient beliefs. Its people are engaging, its food appreciated everywhere in the world and its art and history amongst the oldest on Earth.

If you are considering a journey through the wonders of the subcontinent, get in touch with Nomads Secrets and I will personally create a truly unforgettable tailored made adventure just for you that will showcase the best India has to offer to the curious traveller!

DISCOVERING THE LIGURIAN RIVIERA WITH GUSTO

EASTER ON THE ISLAND OF MALTA