“No one who looks into a gorilla’s eyes—intelligent, gentle, vulnerable—can remain unchanged, for the gap between ape and human vanishes; we know that the gorilla still lives within us”

The quote is from George Schaller, who as a young 26-year-old biologist left America in 1959 for Uganda to study the Mountain Gorillas. His ground-breaking work was to inspire Kenyan based paleoanthropologist and archaeologist Louis Leakey of Olduvai Gorge fame and, in turn, Dian Fossey and her quest to save the mountain gorillas in Uganda, Rwanda and the Congo.

Tell anyone you have just been in Uganda and the gorillas will likely be the first thing they will ask about. So it was with some anticipation that at the end of three weeks travelling through Uganda, my partner Tony and I came to Bwindi in the south-west of the country. Adjoining the mountainous border region with Rwanda and the Democratic Republic of Congo, the Bwindi Impenetrable Forest National Park is home to the largest number of mountain gorillas; about half of the total remaining population. Some families have been habituated to the presence of humans and can be visited, under strict controls. 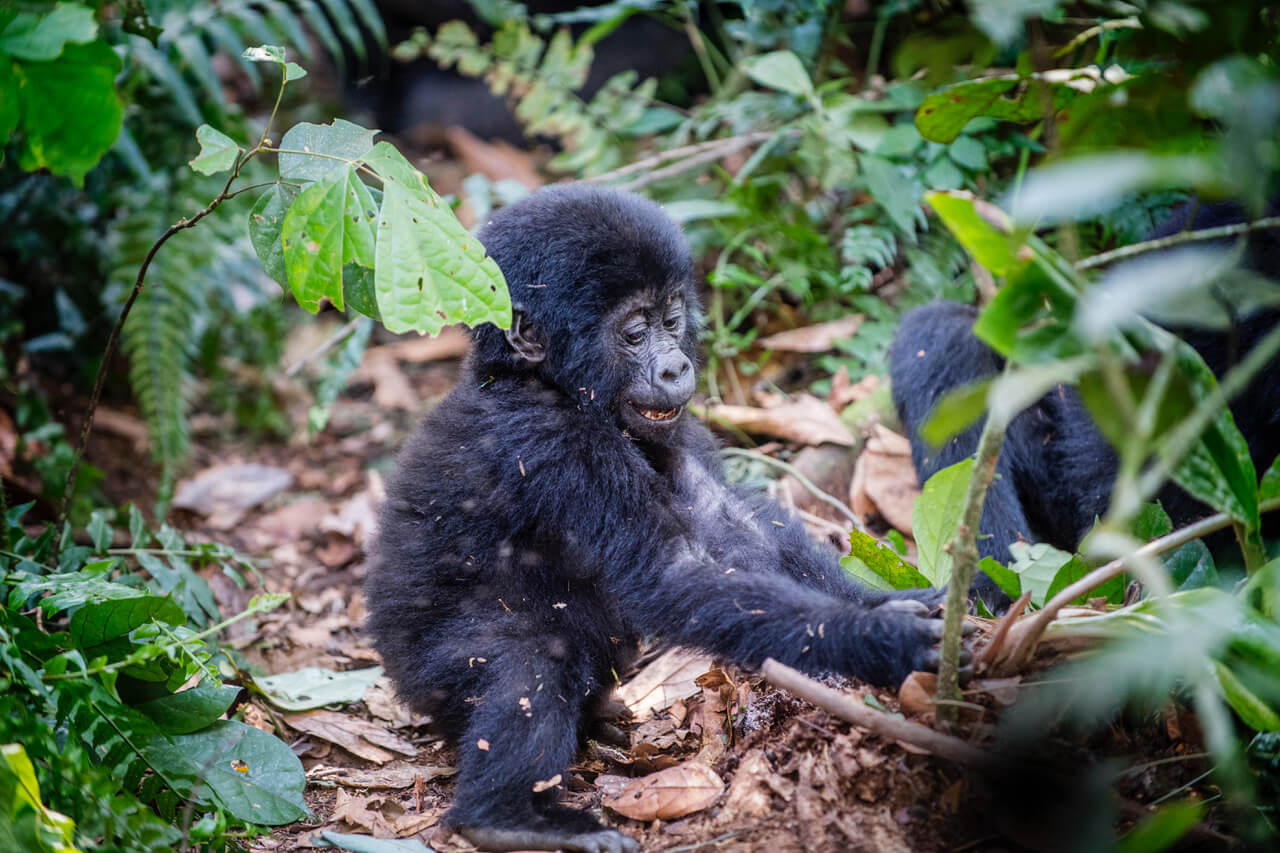 We arrived in Bwindi late in the afternoon. From the veranda of our lodge, we looked across the valley to the forest, mist-shrouded, primeval and seemingly vast. However, it was once much more extensive. The gorillas’ habitat has been reduced by the massive growth of the human population and demand for farmland and timber. During rebellions and wars, the forest became a refuge for insurgents and the gorillas were hunted for meat. The 1994 UNESCO listing protected the forest from further destruction and gorilla treks were established for scientific and tourist reasons. They now provide the major source of income for the region.

Early the next morning, we made our way to the park’s headquarters. We had secured our tracking permits well in advance (only 24 are issued each day). We were broken up into groups of eight and assigned a gorilla family. Ours was the Mubare group, the longest studied in Bwindi. We were fortunate to have David, the head park ranger as our guide. He briefed our group on what to expect and how to behave once we were with the gorillas. There are strict guidelines. Gorillas can pick up human ailments, so anyone not well can’t proceed. Children are not allowed on gorilla treks until they are 16 years of age. We are also told not to make any sounds or imitate the gorillas as they may misinterpret our intent and, above all to keep calm and quiet. David assured us that no-one had been harmed by the gorillas, the rules are in place to respect the fact that they are wild animals and it is a privilege for anyone to observe them in their natural habitat.  The only one where they can survive.

We then set out and drove for about 25 minutes to our starting point. David joined us in our Landcruiser, along with our two porters, who would help carry our picnic lunch and our camera equipment. Hiring porters is very important, not only because they make it easier for visitors to trek unencumbered by additional weight, but also because it provides an income to locals and training for them to step into other more senior positions over time.

We hiked up the mountain along a dirt track, skirting fields of bananas, corn, coffee, and tea, till we reached the edge of the Impenetrable Forest. David had been in constant radio communication with his trackers, who had been in the forest since 5am, locating our family. Typically anti-poaching patrols follow gorilla groups for around 16 hours a day, often accompanied by scientists, wildlife photographers and documentary makers. Today the trackers reported that the Mubare family had had a confrontation with an unhabituated gorilla group. There was nothing to do but wait till our family settled down and returned to foraging. After about 45 minutes we were given the all clear and entered the forest, descending down a steep slope.

The ground was soft underfoot, huge trees towered above us and we had to watch not to be ensnared by the undergrowth. The light in the forest is dim, but soon one’s eyes adjust. It is a spectacular, primal place, breath-taking in its own right. We felt Lilliputian in an oversized world. Our guards carried rifles to scare off forest elephants if need be and machetes to clear our path. After walking for around 30 minutes, we came to a clearing. After leaving our walking sticks and daypacks with our porters we proceeded with only cameras in hand. There, in the thick undergrowth, was our first gorilla, the patriarch of the Mubare family, a huge Silverback. As our guides cleared some of the foliage, so we had a better view, he continued eating, largely ignoring our presence. Other members of the family were foraging nearby, half hidden in the undergrowth. One female made a charge of sorts towards Tony and two others in our group, who were huddled together taking photographs. There was no real danger, but it got their hearts racing. Soon the silverback was on the move followed by the females with their young. They very quickly traversed the clearing, went up and over a ridge and disappeared into the thick forest.

We followed, albeit without the same agility and eventually caught up. The family had stopped and were relaxing. The Silverback, surrounded by some of the females, was quietly watching proceedings. A cute baby was robustly playing with two of his older siblings, wrestling and beating their chests. Meanwhile, other members of the family appeared to be just taking it easy and grooming each other, although all seemed to keep an eye on the youngsters. These extraordinary animals were only a few metres from us. We heeded David’s advice, kept quiet and still, but were also able to position ourselves to take some good photographs. We spent a wonderful 4 hours with the family before we left them to their precious forest, hiked out into the light and enjoyed our picnic lunch, reflecting on what we had just experienced.

“No one who looks into a gorilla’s eyes—intelligent, gentle, vulnerable—can remain unchanged, for the gap between ape and human vanishes; we know that the gorilla still lives within us” – George Schaller

Why should you want to be with Mountain Gorillas?

Being with these gentle giants is a wonderful and truly mesmerising experience. It is difficult to fully describe and really something deeply felt. I think George Schaller perhaps put it best. 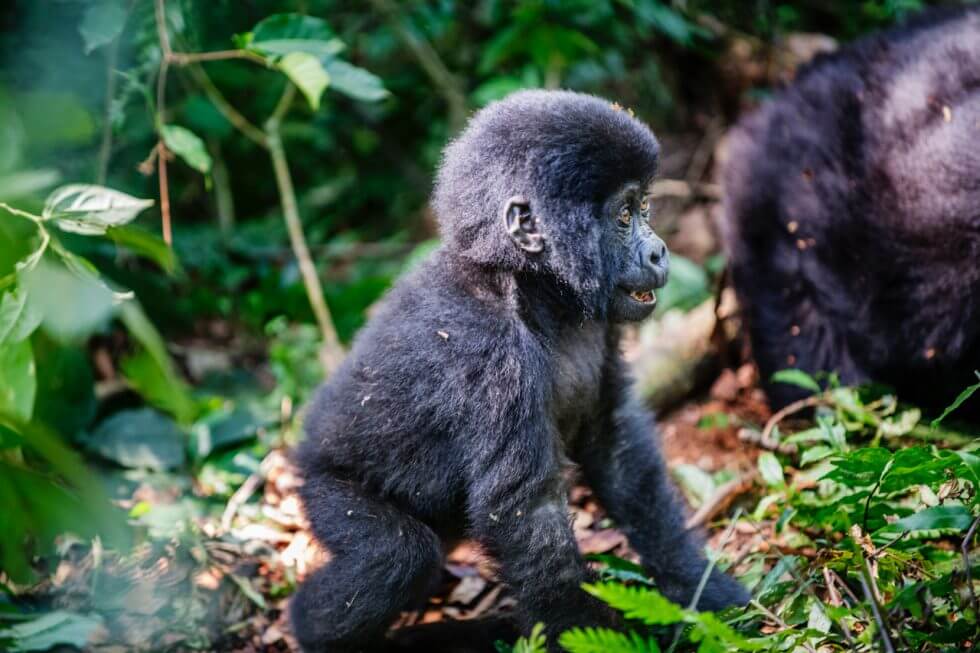 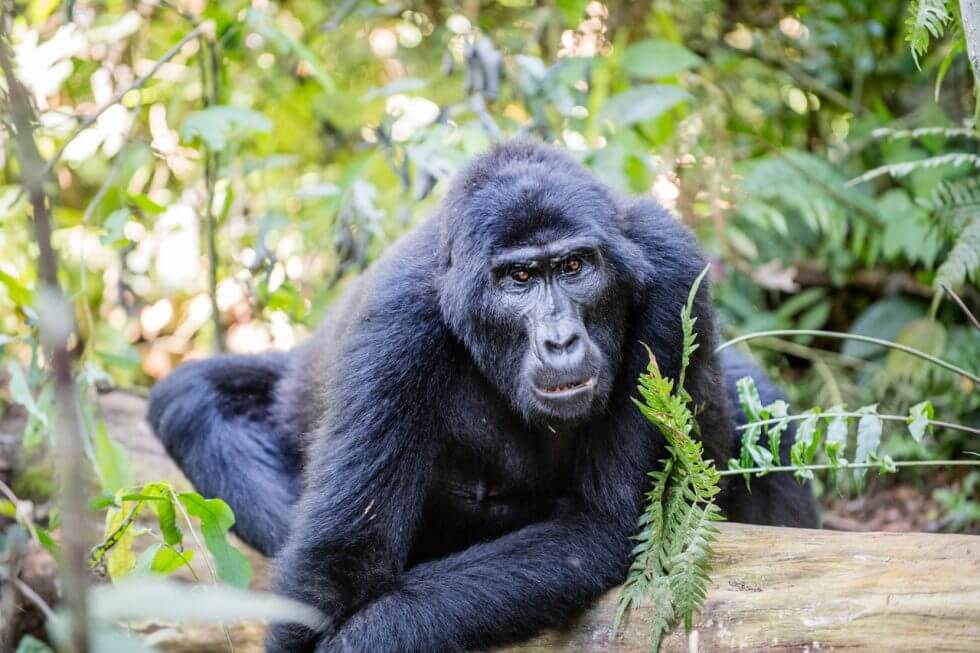 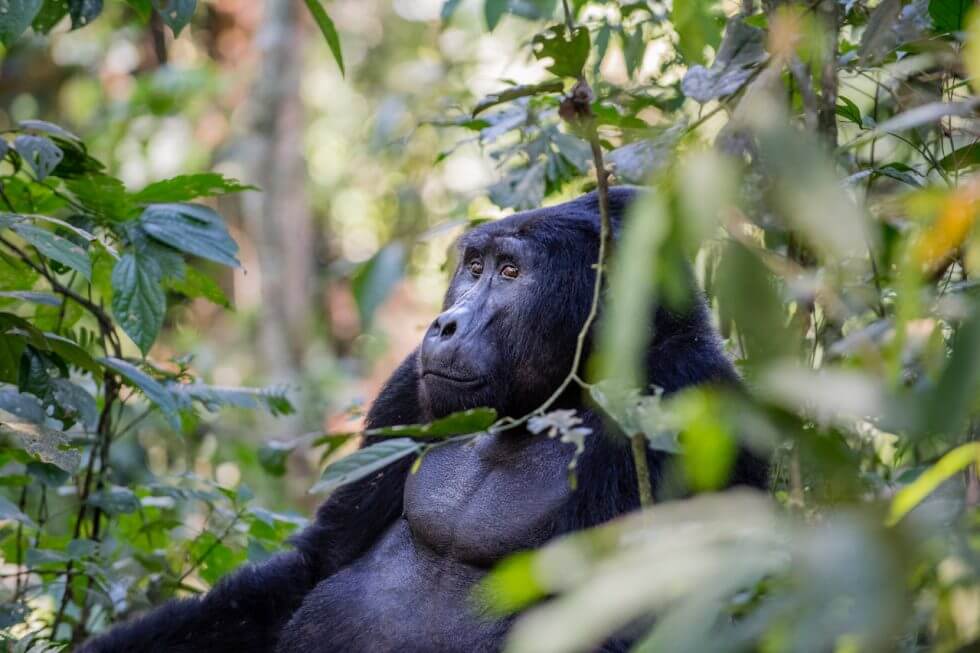 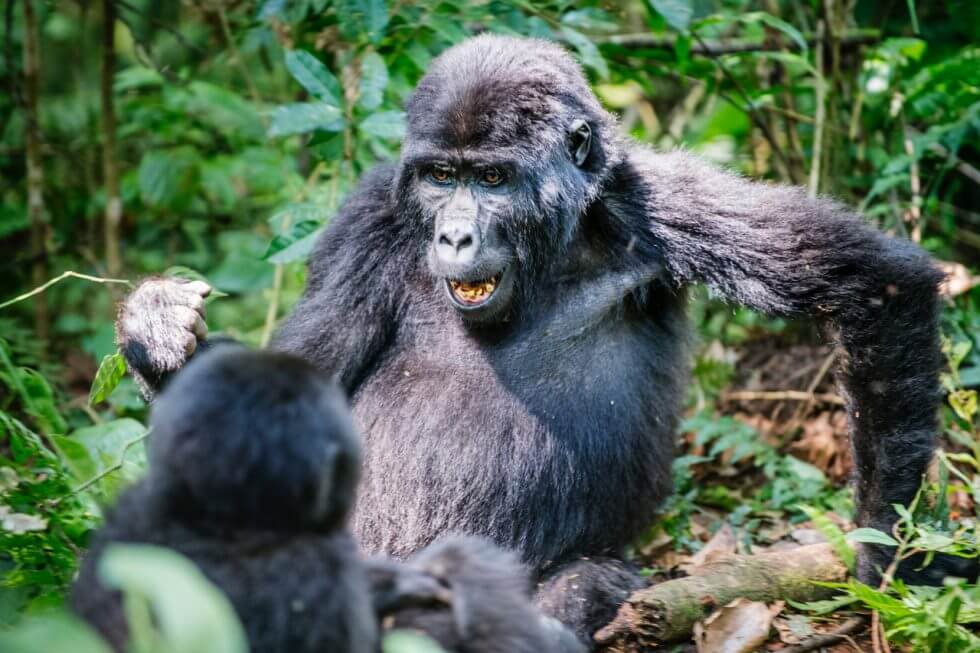 A PLACE OF RARE BEAUTY, JIUZHAIGOU