As our seaplane takes off from Colombo airport, we leave behind Sri Lanka’s golden shores and their heritage of Portuguese and Dutch maritime trade to fly deep into the heart of the island.

The hinterland is dotted with the ruins of ancient Ceylonese royal cities and Buddhist temples that poke out from the lush jungle below. When we reach the hill country near Hatton in the island’s midsection, the mosaic below is of some of the world’s finest tea gardens. We land in the middle of Castlereagh Lake a wonderful water basin surrounded by gentle rolling hills sculpted with countless terraces, where perfectly pruned tea bushes thrive at elevations in excess of 1,200m.above sea level. Here the air is cooler and crisper than on the coast. 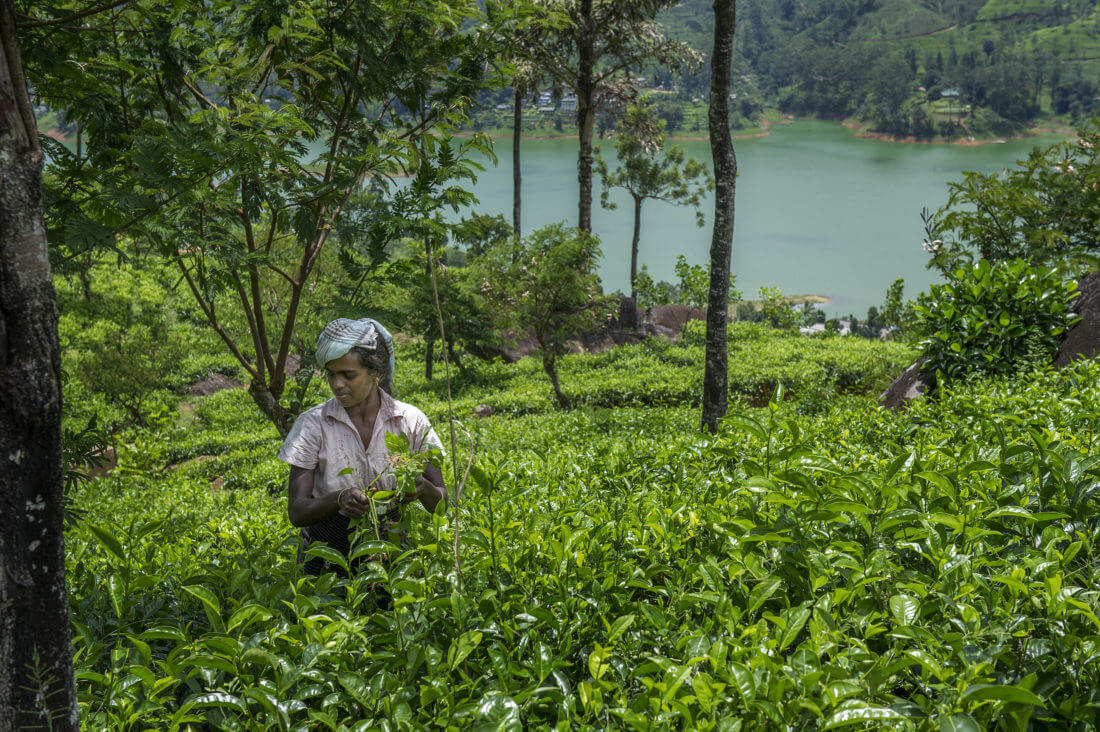 Plantation picker with Castleraegh Lake in the Background

Our chauffeur is waiting for us and we take the short drive across this emerald wonderland to the world’s first Relais & Châteaux fully restored colonial tea planters’ resort.

With five impeccably appointed residences, once the abode of the plantation managers and now beautifully and luxuriously appointed, each bungalow offers its guests stunning view, personalised service and fine dining.

Our butler welcomes us with a delicious cup of tea of the variety suitable for a mid morning break. This is our first taste of pure Ceylonese tea at least right where it is grown. We are told that tea is always best drunk without milk to appreciate its full flavour.

Soon after being ushered to our suite, with its elegant plantation fans and direct access to the swimming pool and panoramic view of the lake and the tea gardens, a knock at the door announces the executive chef. He has come to discuss our personalised menu of the day. We learn that we can chose between authentic Sri Lankan specialities or western cuisine dishes. Furthermore we are told that during our stay we can choose to have some of our meals at the other bungalows on the estate to experience their unique atmosphere and style.

We decide to select the dishes just for our lunch and ask the butler for advice on how to plan our meals at the various properties as we are here for four days and want to take full advantage of the various activities that the hill country offers.

After a refreshing swim and delicious lunch of Sri Lankan appetisers, soup and fresh fruit, we go for a walk along the well-maintained access tracks crossing the plantation and meet some of friendly pickers. We notice that they are all women.

Our guide explains that women are more careful than men when they pick the delicate leaves and place them in the wicker baskets they carry on their backs. Men are employed in other tasks such as maintaining the gardens and in processing the leaves. Entire multi-generational families live and work on the estate and have done since British occupation.

At one of the hillside workers’ villages, we come across grand parents looking after toddlers, men making furniture for their homes and a school bus with dozens of smiling children waiving at us from the windows as they disembark. We climb further and find ourselves walking amongst tall and slender eucalyptus trees, pepper vines and a few cinnamon trees whose bark has been recently stripped off, leaving their reddish inner trunk exposed. An exquisite opportunity for great photography. We wait for sunset and then start our descent guided by the lights of our bungalow.

“There are no foreign lands. It is the traveller only who is foreign”.

The Art of Making Tea and The British Past

The next morning we spend time with the resident tea planter to understand the science behind making the perfect cup of tea. We meet him at the assembly area just in front of the factory where the large jute sacks full of tea leaves are amassed before being dispatched for processing. Unlike other factories, it is not noisy.

The leaves are spread evenly, resting on long drying trays. We follow the precise process through fermentation and sorting before ultimately tasting (in the manner of the tea expert) to gain some understanding of the flavours of various varieties and to discern different qualities.

We learn that the optimum number of cups of tea per day is six and each cup should not be brewed for more than 3 minutes. Rich in antioxidants, tea is believed to possess medicinal qualities that help avoid indigestion, heart disease and contribute to general good health.

As we explore the hill country we come across the hallmarks of the British colonial past. From the architecture of the buildings, to the racecourses, golf clubs, games of croquet on the lawn and waiting staff dressed in khaki clothes, the whole area is steeped in imperial western traditions with a unique local flavour.

The names of the plantations too remind us of the British legacy: Norwood, Kenilworth, Shannon.

The people we meet in the gardens however are Indian Tamils brought to the island in the second half of the 19th century from the subcontinent, when the local Sri Lankans refused to toil under their new British Masters.

In 1948 Ceylon gained its independence and the new Sinhalese government stripped the Indian Tamils of their voting rights, sparking the rancour that would erupt into the 30-year civil war that plagued the country until 2009.

Today, however, the country has moved on from those troubled times and the flourishing economy, new found peace and idyllic landscape create the perfect conditions for the curious traveller, interested to discover new horizons.

To really appreciate this land’s unique and captivating spell, I am reading Running in the Family by one of Sri Lanka’s most illustrious sons – prize-winning writer Michael Ondaatje, who also wrote The English Patient. It is a highly evocative account of his family’s past and chronicles the reckless high society antics in the 1920s’ British Ceylon. Set against a backdrop of his country’s intoxicating beauty, Ondaatje depicts debauched nights of dancing, drinking and skinny-dipping in which anyone could have “drowned or fallen in love.” A perfect read while listening to Bach in the study of our colonial era bungalow while enjoying an after-dinner glass of port.

This is why we travel.

Sri Lanka offers a lot more than what I have described in this blog.  If you are interested to explore its wonders, contact us and I will personally design a memorable journey to suit your very own interests. 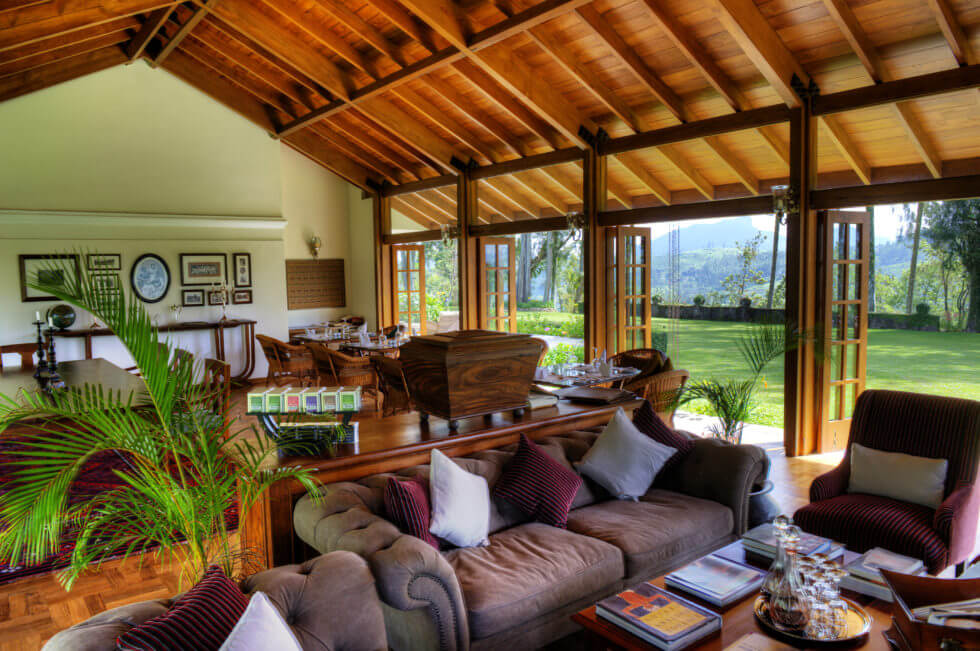 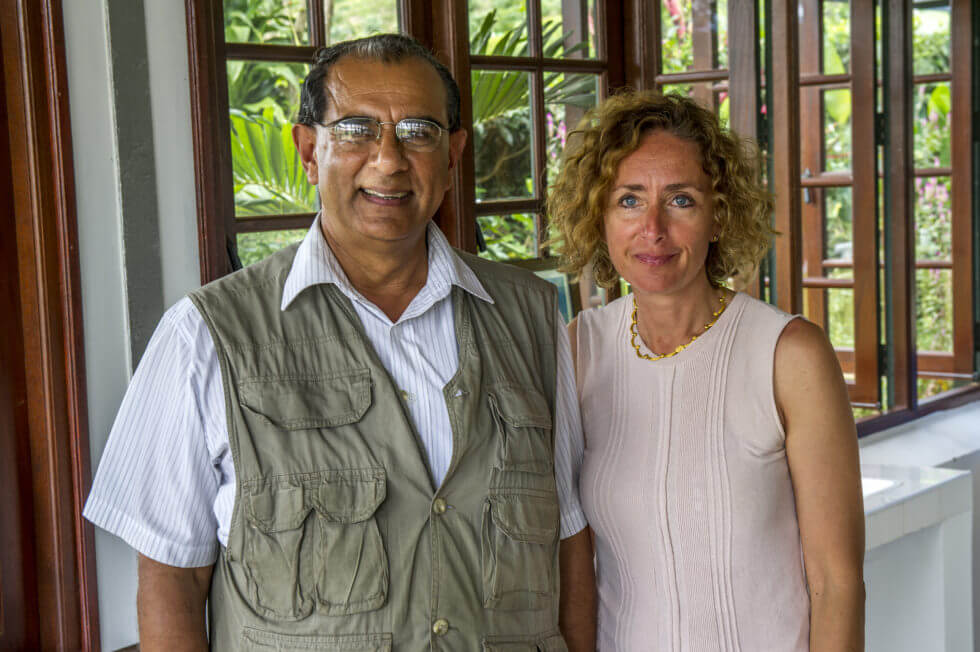 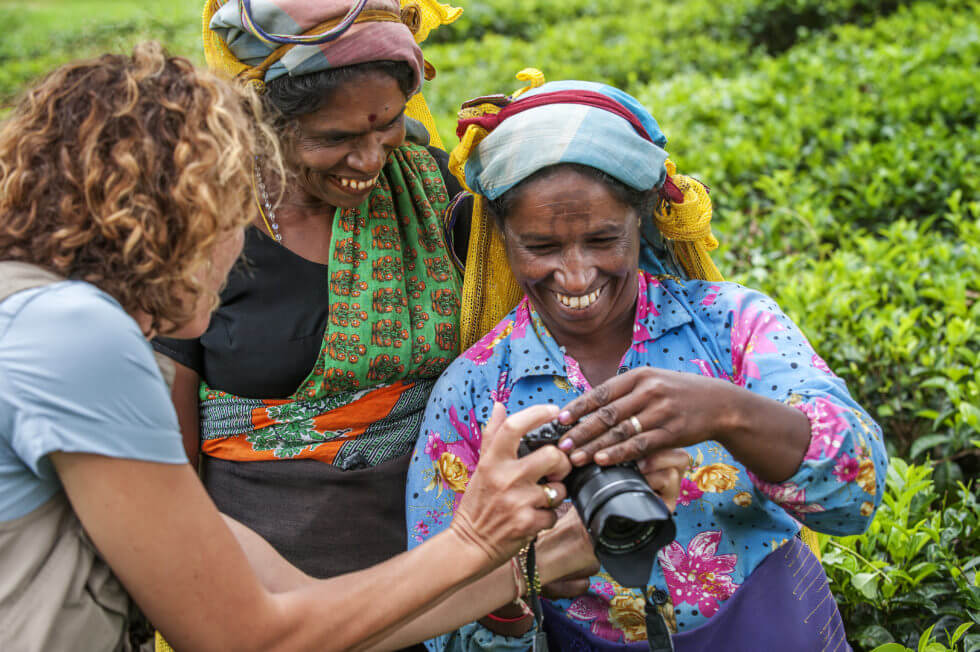 Showing these cheerful tea pickers, pictures I have taken of  them – Photography: Tony Sernack