As we were driving along a dirt track in Ishasha, a section of Uganda’s Queen Elisabeth National Park, all of a sudden our guide JP stopped the car and asked me for the binoculars. He pointed to a magnificent sycamore tree a couple of hundred metres from where we were. JP confirmed with the binoculars what his sharp eyes had seen.

What JP had picked up were the legs of a couple of lions dangling below the foliage.

Once he told us what to look for, we could make out our lions. The colour of their coats camouflaged them, making it difficult to see their entire bodies until we got really close. It was our third and last day in Ishasha. We had come specifically to see the unusual behaviour of the lions in this area, one of only two places in Africa where they climb trees. They do this to improve their ability to spot their favourite prey: the beautiful Ugandan Kob and also to avoid some of the ground insects when they rest.

We had learned that these rare lions are very few in number. In fact, the tree climbers form only two prides that inhabit a particular section of the park. We based ourselves in a beautiful tented camp set by a river from where we could hear their roars at night. 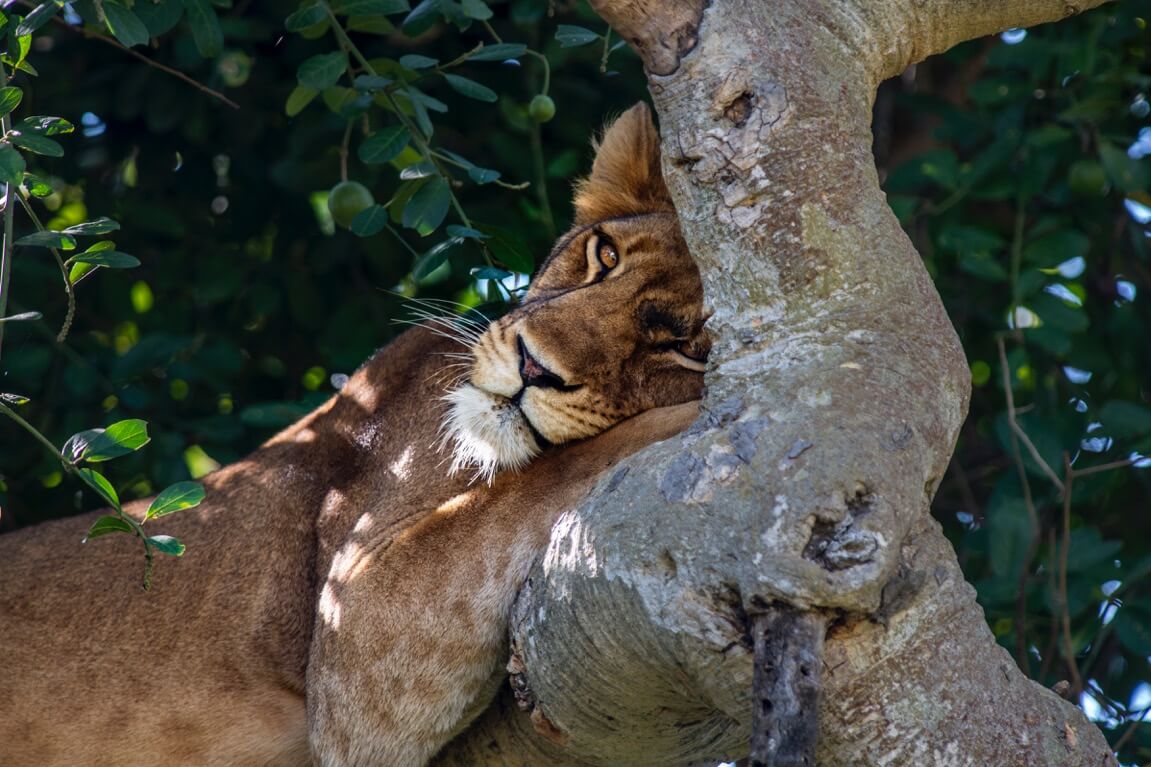 It took a while to figure out how many there were in the tree.

The most visible was a young male. He laid on one of the lowest branches only a few meters from the roof of our vehicle. We noticed that he was wearing a radio collar and later learned that all males in the park are radio-collared to monitor their movements, establish the range of their hunting areas and any changes in behavioral patterns over the years. Ignoring our presence he stared into the distance at a herd of female Ugandan kob. On other branches further up the tree, we spotted three lionesses resting and facing different directions. One of them glanced up further into the tree’s canopy and following her gaze we noticed two young cubs sleeping. One cub was barely visible, the other was curled up in a sort of nest at the intersection of two boughs. After taking some photos and circling the tree, we decided to turn the engine off and have our lunch watching them. We were alone with six beautiful lions and no one else in sight. While we tried to be as quiet as possible as not to disturb their slumber, the smell our food aroused their curiosity from time to time. They would lift their mighty heads to sniff the air before slumping for another catnap. It is always a wonderful experience to see animals in the wild; especially so when it is a rare experience.

Meanwhile, the kob in the distance kept on grazing seemingly oblivious that they were being watched and that, come nightfall, one of them may provide the pride’s next meal.

Later that afternoon, on the way back to our lodge, we stopped on the rim of the escarpment. The lodge staff had set up drinks and snacks for our sundowners, while we enjoyed the view across the valley floor, watching a group of hyena on the move. I started to chat with one of the armed rangers who had joined us. I told him we had spent time earlier in the day with a group of lions perched on a fig tree not far from the camp. He shared stories of lions hunting, of cubs being born and of mating rituals. We asked how many of these tree-climbing lions were in the park and he related a shocking story on human-wildlife conflict.

On 10th April this year, eleven lions belonging to the second pride of tree climbers had died, poisoned by a local community living just outside the park.

Our first reaction was of sadness, outrage, and disbelief, but the ranger said we should not pass harsh judgment. While he spends his days patrolling the park to protect its wildlife and is deeply troubled by the unnatural death of any animal, he said that the lions had been poisoned because they killed the livestock belonging to families in the community. For the locals, their cattle are the lifeline of their family. It gives them milk and meat and allows their children to grow up reasonably healthily in one of the poorest countries in the world. In a place where many survive on less than a couple of dollars a day, losing a cow can mean losing their means of survival.

I later found out that the death of these lions had become part of a National Geographic documentary on the lions that had taken six months to film. It will go on air on Big Cats week in November this year.

“A lion’s work hours are only when he’s hungry;
once he’s satisfied, the predator and prey live peacefully together”

Why Is Responsible Tourism Important?

Responsible tourism offers the key to saving wildlife and natural habitats. It can provide a sustainable source of employment and also the resources to educate and support the populations on the margins of national parks to live alongside their wild neighbours. 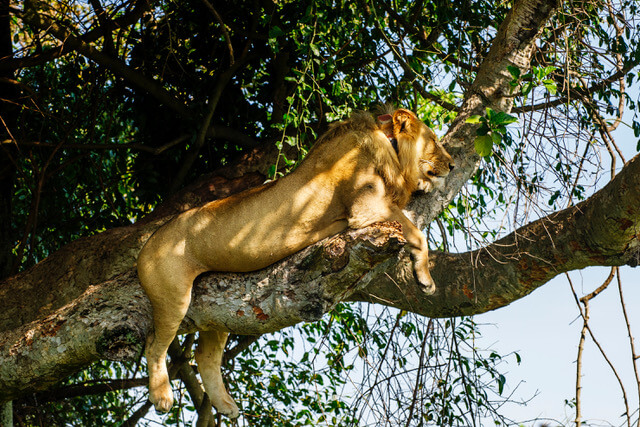 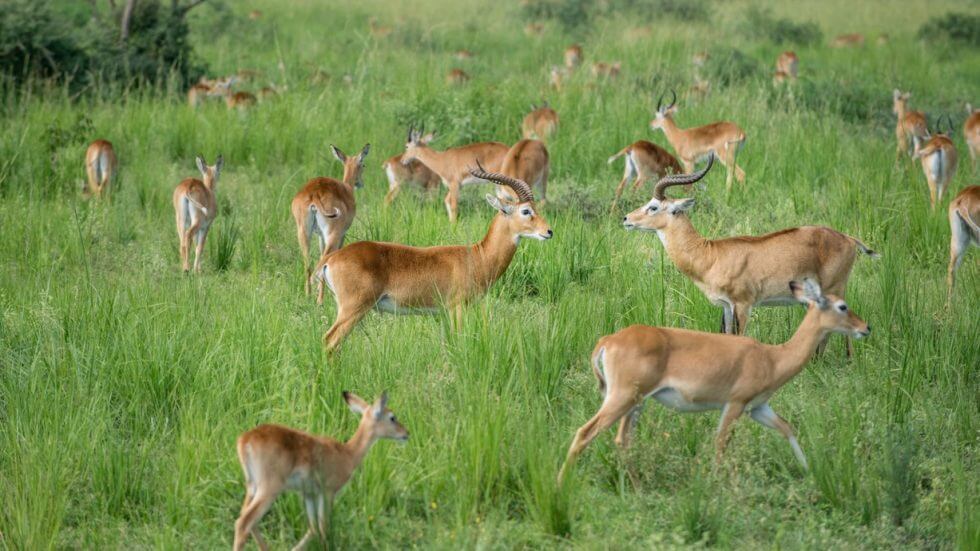